Read DYT’s education policy round up with a literacy and SEND focus.

The debate over the Brexit deal continues to impact the Department for Education. Universities Minister, Sam Gyimah, resigned on Friday calling for another referendum and warning of the impact leaving the EU could have on higher education. It comes at the start of a busy week for the Department with the Ofsted’s Annual Report due on Tuesday.

Coming up this week:

– The Daily Mail reports that the sixteen grammar schools to receive £50m funding to create 4,000 new places will be formally announced today. DYT has created a fact sheet to explore how the government’s proposals to lift the ban on new grammar schools could impact on pupils with SEND. It is our belief that academic selection will not benefit SEND Learners.

– The Education Committee takes evidence from parent and carer networks and forums to focus on the experiences of the SEND system for parents, the session kicks off at 10am.

– There will be a Westminster Hall debate on mental health and wellbeing in schools, sponsored by former teacher, Layla Moran MP. It is scheduled to begin at 2:30pm.

If you missed it:

DYT partner NASEN, alongside the NEU and Bath Spa University published a report into SENCo workload. The report expressed a concern that pupils on SEN support may be losing out due to budgetary and time pressures on the role. DYT made this point to the DfE in our response to their QTS and career progression consultation, recommending that the SENCo role should be considered as two separate duties – on the one hand day-to-day administration tasks and the other a SLE role which concentrates on the delivery of teaching and learning with a SEND and literacy focus.

TES reports from the Education Committee’s session on SEND funding last week with lots of worrying comments about the amount of strain Local Authorities are under due to budget cuts. Schools Week have done their own deep dive investigation, concluding that the “SEND funding crisis pits parents and schools against councils.” In light of this, DYT have joined 120 other organisations in calling for the government to increase the high needs budget to support learners with SEND.

Words, their etymology, orthology and morphology are an important part of literacy. This is why we are so excited to announce a new partnership with author, Tim Glynn Jones on ‘Word of the Week’.  Tim explores the meaning behind words and describes an assortment of wry observations on life as well as revealing some surprising historical facts and amusing home truths. Enjoy our new partnership with ‘Word of the Week’, starting with our vocabulary advent calendar in the run up to Christmas.

DYT in the media: 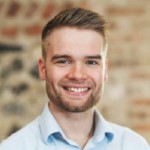